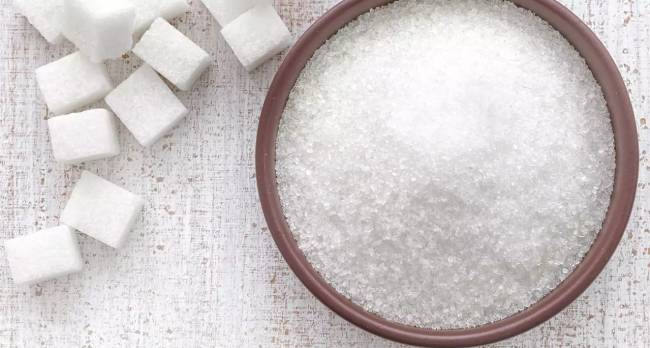 Every five years, the “Dietary Guidelines for Americans” are updated, and the latest edition arrived on Tuesday, 10 months into a pandemic that has posed a historic health threat to Americans. Even those who are not infected with Coronavirus are drinking more and gaining weight, a phenomenon called “quarantine 15.”

Food stamp policies and school lunch menus are influenced by dietary guidelines, which in turn influence how food manufacturers formulate their products.

Critics, however, said the latest guidelines do not address the current pandemic or new scientific consensus about dietary patterns that reduce food insecurity and chronic disease. There is no mention of climate change in the advice, which does not address sustainability or greenhouse gas emissions, both of which are intimately related to modern food production.

It was recommended last summer by a scientific advisory committee that Americans reduce their consumption of sugar in foods and drinks to 6 percent of daily calories, instead of the current 10 percent.

According to the scientific panel, added sugars, particularly those in sweetened beverages, are associated with obesity and weight gain, which are linked to chronic health conditions like heart disease and Type 2 diabetes.

Over two-thirds of American adults are overweight or obese, and obesity, diabetes, and other conditions increase the risk of severe Covid-19 illness.

A growing body of evidence suggests that consuming higher amounts of alcohol is associated with an increased risk of death, compared with drinking lower amounts, according to the scientific advisory group, which recommended limiting daily alcohol consumption to one drink for both men and women.

New guidelines acknowledge the fact that sugar is nutritionally empty calories that can make you gain weight, and acknowledge that emerging evidence links alcohol to certain cancers and cardiovascular disease — a departure from the once popular notion that moderate drinking is healthy.

However, the Departments of Agriculture and Health and Human Services rejected explicit caps on sugar and alcohol consumption.

While “the preponderance of evidence supports limiting added sugars and alcoholic beverages to promote health and prevent disease,” the report said, “the evidence reviewed since the 2015-2020 edition does not support quantitative changes at this time.”

However, the recommendation from five years ago remains unchanged – one drink per day for women and two for men.

For the first time, the new guidelines clarify that the limits apply to days when alcohol is consumed. Since the previous recommendations were vague, many American men believed that they could binge drink a couple of days a week, so long as they did not exceed 14 drinks per week.

According to Doctor a member of the dietary guidelines advisory committee, the guidelines “reaffirm two important but overlooked health messages”: alcohol is “a dangerous substance” and drinking less is better than drinking more.

“At this time of Covid and holidays, consumption has increased and important alcohol control policies have been relaxed,” Doctor said.

Sugar is primarily found in sweetened beverages, including sodas, sweetened coffees and teas, desserts, snacks, candy, and breakfast cereals and bars. On average, Americans consume 13 percent of their daily calories from sugar, exceeding even the 10 percent benchmark.

As part of the new guidelines, children under 2 should no longer consume any added sugars, which can be found in many cereals and beverages.

The federal agencies ignored the recommendations of the scientific advisory committee, which disappointed critics.

“I am stunned by the whole thing,” said Marion Nestle, a professor emerita of nutrition and food studies at New York University and author of several books on dietary guidelines.

“Despite repeated claims that the guidelines are science-based, the Trump agencies ignored the recommendations of the scientific committee they appointed, and instead reverted to previous recommendations,” she said.

Many of the experts on the dietary advisory committees had ties to the beef and dairy industries earlier this year. Doctor said that the scientists went further with their advice than previous committees, particularly with the recommendations to limit sugar and alcohol.

“Those were big changes, and they got all the attention when the report was released last summer for very good reasons – and they were ignored in the final report,” Doctor said.

The report was presented as science-based – many times the word ‘science’ was used,” she added. “But they ignored the scientific committee they appointed, which I thought was astonishing.”

In other respects, the new guidelines are in line with previous federal recommendations. A healthy diet should include vegetables, fruits, legumes, whole grains, nuts, seafood, low-fat or nonfat dairy, and lean meat and poultry.

As part of the guidelines, Americans are encouraged to consume less saturated fat, sodium, and alcohol, as well as to limit their calorie intake.

According to officials at the Center for Science in the Public Interest, an advocacy group, the guidelines continue to support a diet that is high in fruits and vegetables and lower in red meat and processed meats, but they note that added sugars are “missing the mark.”

The incoming Biden administration is called on to remove barriers to healthy eating, according to Jessi Silverman, a registered dietitian and public health advocacy fellow at C.S.P.I. Under President Trump, nutritional standards for whole grains, sodium, and milk were rolled back in the national school lunch program.

It is the first time that the guidelines take a full life-span approach, attempting to sketch out general advice for pregnant and breastfeeding adults as well as for children under two.

Those who are pregnant, planning to become pregnant, and breastfeeding are advised to eat plenty of fish and seafood rich in omega-3 fatty acids but low in methylmercury, which can harm a developing fetus. Healthy pregnancies and better cognitive development in children have been linked to this dietary pattern.

According to the new guidelines, breastfeeding is associated with a lower risk of obesity, Type 1 diabetes, and asthma in children. A child should not be introduced to foods that are potential allergens before the age of four months – egg yolks and peanuts, for example.