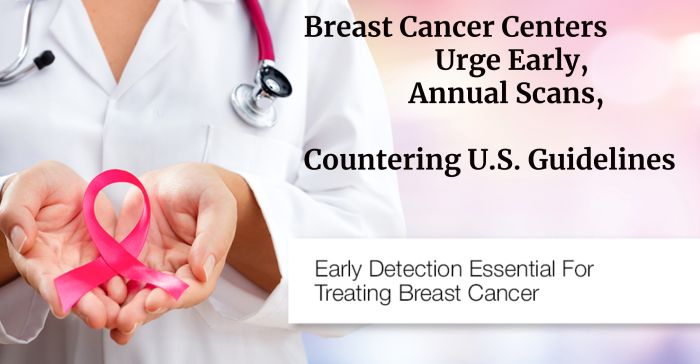 Hundreds of centers are telling women 40 and up to come in annually, contrary to a panel’s recommendation for biennial screenings starting at 50. Mammograms may cause more harm than good, according to some experts.

Several weeks before the mysterious new disease was discovered in China, I had my last breast cancer screening “b.c.” – before Covid. I had a mammogram scheduled, but by the time we went into lockdown, everything was normal.

By November 2020, exactly one year after that scan, I started getting phone calls and texts telling me I was due for another.

In all caps, one shouted, “MAMMO MATTERS!”. “Breast cancer doesn’t take a break during pandemics, and neither should you.” I was aware that women at average risk for breast cancer should have mammograms every other year. There has been a cacophony of advice in recent years as different groups reformulated their recommendations. As a result, the messages were unsettling.

In fact, my imaging center is not alone in pushing women to have mammograms more frequently than the U.S. Preventive Services Task Force recommends. According to a recent study, hundreds of breast centers advise women who are not at elevated risk of cancer to undergo a routine scan every year starting at 40.

Mammograms should be performed every two years starting at 50, according to the task force. Women in their 40s are recommended to discuss mammography with their doctors, evaluate the risks and benefits, and make an informed decision. Panel recommendations extend to age 74; it says there is not enough evidence to make recommendations beyond that age.

On March 15, JAMA Internal Medicine published a study accompanied by a rather critical editorial that suggested extra screening can be harmful.

Providing patient advice should not be the responsibility of breast cancer centers with clear financial benefits from increasing mammography, especially when it conflicts with the advice of the patient’s primary care provider and the task force,” said Dr. Rita F. Redberg, editor in chief of JAMA Internal Medicine, drafted the editorial with Dr. Anand R. Habib and Dr. Deborah Grady.

In response, the American College of Radiology shot back that it was “outrageous” to claim that breast cancer centers were promoting mammograms for financial gain and that radiologists had different guidelines.

As a result of the pandemic, both routine screenings and appointments triggered by troubling symptoms such as the discovery of a lump were delayed. Many patients were still reluctant to go in when they reopened.

Dr. Smetherman said in an interview that the experts in breast cancer in the U.S. do not support the U.S. task force’s recommendations.

The American Society of Breast Surgeons and the College of Radiology recommend annual mammograms starting at age 40 (Dr. Redberg’s institution, the University of California, San Francisco, also recommends that).

Despite this, the American Cancer Society has scaled back its recommendations recently, recommending yearly screenings starting at 45 and every other year at 54. Women at average risk should begin mammography at 40, but should do it every one or two years afterward, according to the American College of Obstetricians and Gynecologists.

Women’s breast cancer screenings, which are second only to lung cancer in terms of cancer deaths, have been the subject of a debate since 2009. The U.S. Preventive Services Task Force, an independent expert panel that reviews evidence and provides guidance to doctors and insurers, rolled back its mammography recommendations for women at average risk.

According to the panel, screening can actually be harmful, particularly for younger women. Experts call over-diagnosis the aggressive treatment of slow-growing tumors that may never be life-threatening, but cannot be distinguished from those that are fast-growing. False positives can trigger unnecessary procedures, such as biopsies.

Having mammograms every other year reduced the harms of false positives and unnecessary treatment, the panel concluded, while maintaining the life-saving benefits.

However, some experts believe the panel overstated the harms of more frequent screenings. Screening schedules can vary from doctor to doctor, and from patient to patient, and can be quite confusing.

There may be many women who are unaware of the guidelines, or that mammography has any downsides, or that they can begin screening at 45 or 50, says Dr. Jennifer L. Marti, an assistant professor of surgery at Weill Cornell Medicine and author of the new study. Women start at 50 in almost every other country.

“The pros of breast cancer screening outweigh the harms,” Dr. Marti said, but that’s not always the case for women who aren’t at high risk.

According to 347 centers, women should not only start at 40, but also continue annually.

It may be appropriate to conduct more rigorous screenings for high-risk groups, such as Ashkenazi Jewish women, who are more likely to carry mutations that put them at risk for breast and ovarian cancer, and Black women, who are likely to be underrepresented in mammography screening trials, Dr. Marti said.

It is possible for women to use an online tool developed by Dr. Margaret Polaneczky, a gynecologist at Weill Cornell Medicine, and Elena Elkin, a research scientist at Memorial Sloan Kettering Cancer Center, to assess their individual risk in order to make screening decisions.

I’ve been on a two-year plan for some time. I perform regular breast self-examinations and have clinical breast exams as well. Although I felt some irrational guilt after receiving the text messages, I politely asked the receptionist to stop calling. Please expect a response from me soon.